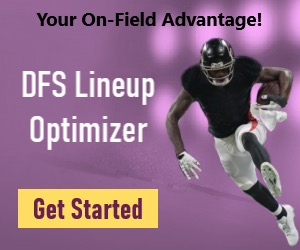 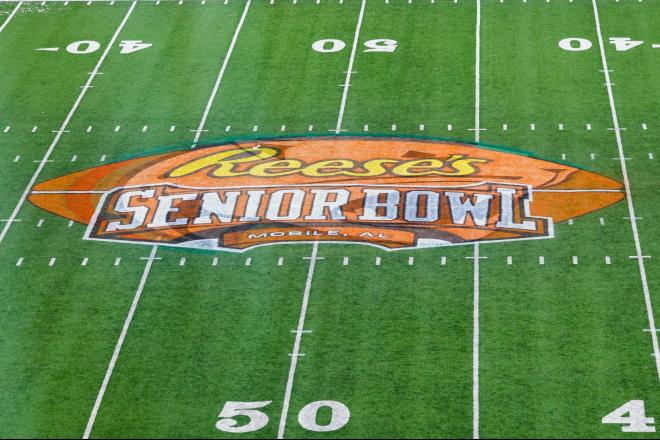 Not only fast but he's a good receiver too. Good hands. Aggressive. Catches the ball all over the field. And he's so agile that he gets open on any coverage. How agile? You'll see with the comp…

Looks fantastic on tape. Is in the argument for best WR hands in the 2023 draft class. Has the dominant, alpha WR presence about him. Good speed. Nice build/frame (looks like AJ Brown/Deebo physically). Flashes good feet on routes and other times too reliant on 'go deep and try and high point over the WR', which usually works so I get why he does it.

He's an intriguing watch at the Senior Bowl…will he dominate DBs or will he get exposed for being a tweener WR destined to get stuck running deep on the outside and is more decoy than desired for production.

Usually these small/speedy college WRs who don't have eye popping numbers are just 'college fast' guys who make a few 'fast' plays in their careers and are on a 'watch list' to be drafted, everyone waiting to see their 40 times and three-cones, which are usually average 'fast' for the NFL. Tucker, however, might break that pattern/not be one to look past too fast.

Tucker looked better/faster than most of the small/speedy guys I look at each year, year after year. The tape speed pops off the screen. He's a nice route runner with super quick feet to get open on any coverage. He showed pretty good hands.

Liked what I saw last year when we previewed him, but I detected an NFL flaw this year…

Hutchinson is a good college WR…a 'go get it' WR. Good hands, aggressive, tracks the ball well. He'll work in the NFL, but he doesn't have all the star attributes you want…especially a very flat route runner, not a sharp 'get open on anyone' type.

Iowa State QBs would force it to him, and he'd make some highlight catches on some…but he's not dominating coverage, he's just really good at tracking down passes…in college…but he'll have more/better competition for those catches in the pros.

Jones is going to shock some people at the Senior Bowl. I know it…I've been to that event several times and sat among the NFL scouts -- most of them are proudly biased and don't hesitate to let everyone around them know. You'll know what I mean when you watch him work.

Straight-line speed = very good, NFL worthy. Hands = golden. Excellent hands and catch ability. Route running/cutting/agility = not great, below average for the NFL. A team will have to commit to using him in a certain way, and that's not as a slot/underneath WR right away…he needs to work on his feet off the snap. If he can improve his cut-ability, he's going to be a very solid NFL WR.

A really good college WR -- great hands, great tracking skills, confident, decent size and good speed. But for the NFL, he may project more as a solid, unexciting, reliable WR…which is still good but not 'wow'. But in the right offense at the right time, he could be a solid starter who has decent numbers.

A speedster WR…a weapon WR for bubble screens and deep balls, and the return game (3 PR TDs in his college career). He can fly but he also has good hands/tracking of the ball. He didn't show much in the intermediate game, but they didn't work him that way much either…because he was such a deep threat.

A very big/muscular WR, but he's also smooth-running routes and after the catch. He looks like a solid WR prospect, but not an alpha dominant WR. His real upside might be a move to 'move' TE and then he might be a shock performer in the NFL.

NFL Comp? = Looks like he could have some Evan Engram in him…might be a touch too small to go that far with it.

A better receiver than his stats indicate. A professional WR…great hands and concentration making catches. His weakness is route running…it's not sharp. He's going to struggle getting open/separation in the NFL, but he will catch the ball if it's thrown to him. Likely a #4-5 WR for an NFL team.

NFL Comp? = Nowhere near as hard-working version of Josh Palmer.

A good college WR, killed off in 2022 season by a new head coach that wrecked the offense and their passing game specifically, so Wicks's numbers died in 2022 (thus, I put Wicks' 2021 numbers above). Wicks is fine college #1 WR but watching his tape this year (previewed him last summer too and had a higher first impression on him) I detected a 'slowness' I didn't catch before. He catches passes solidly and was his team's alpha #1, but he's a bit slow in acceleration…fine for college but could be an issue in the pros (getting open, making yards after the catch). He might be just a generically good college WR but a backup level pro WR. Let's see if Mobile changes my mind.

Good hands. Slower straight-line speed. Excellent agility/cut ability. He has some tools, but he's also a bit raw from playing just Ivy League competition. Let's see what he does in Mobile…he could jump into the draft with a nice week.

Another cookie cutter good/great college WR that is hard to project a huge upside for the NFL. Not overly fast, or big/tough, but has good hands and is a confident receiver -- there's a million of them hitting the NFL. He's generically good…it will come down to his work ethic and pre-draft measurables. Mobile can make or break him for getting drafted in the top 200 or not.

Solid enough WR prospect…good size, nice movement skills. Wasn't a star in college but also didn't play on a high-flying offense. His big issue: games played in each season from 2020-2022…4-4-6. Wilson has a lot to prove at Mobile, but also his medical checks, etc.

Another generically competent college WR, who was his team's best option in college…but will get lost in the shuffle in the pros. Palmer didn't show me any 'wow' factor, in fact he showed me the opposite…he showed hints of a timid WR that could get wiped out in an NFL training camp.

Was a non-factor for three years at LSU. Transferred to Nebraska for a nice 2022 output. Not shining/playing at LSU tells you what you probably need to know here.

One of those small, speedy college players who is faster than most all players on the field but is just regular 'fast' for the NFL…but then you have his size and he's nothing but a return man hope for the NFL. 5 punt ret. TDs and 1 KR TD in his 5-year college career…that's impressive.